Nauryz celebration is a traditional folk festival of the people which was originated and transmitted before the spread of Islam and other religions on the basis of worshipping nature, sun and spring.

Today in Mongolia Kazakh ethnic people live and makeup about 4% of the total population. Most of Kazakh communities live in Bayan-Ulgii aimag, and some of them live in other areas, such as Khovd aimag, the Capital city of Ulaanbaatar, and Nalaikh district Darkhan, and Erdenet cities continue to celebrate Nauryz.

Nauryz is a holiday of sacred deeds that symbolizes the natural relationship between man and nature, love of nature and all living things, respect for human beings, the spread of goodness, and the expulsion of badness.

For the Kazakhs in Mongolia, Nauryz means "Birthday" of spring or "Glorious Day of the Kazakh people". It is because Nauryz vividly expresses and maintains the identity of Kazakh ethnicity and culture, and encourages unity, solidarity, peace, tolerance, friendship, and promotes human creativity and cultural diversity. They celebrate the entire month of March starting on the 22nd of March as the month of Nauryz.

The preparation for Nauryz starts several days before the actual spring equinox. They clean and purify the house and surroundings, symbolizing that everyone has to welcome the holiday in a new and fresh form and state and prepare new clothes, special holiday drinks, and food.

As a symbol of happiness and abundance in the coming year, the light 2 candles in the Ger (Yurt), fill all the utensils with yogurt, milk, or spring water, and cook Nauryz soup “Koje” with 7 special ingredients representing the seven symbols of life: water, dried meat, muttonheads salt, grains, yogurt, and flour.

They have to settle their debts and disputes and forgive each other. Nauryz has long been a holiday of peace and friendship for the Kazakh people. During these days, quarreling, saying wrong words, or behaving badly is considered a heavy sin. People who quarrel and argue sit and eat at the same Nauryz Table, forgive each other, get rid of prejudices, and be kind to each other. People generously provide assistance to orphans, the poor and tired, and the disabled.

Every family sets the holiday Table which is filled with all kinds of meat products, such as mutton heads, sausages, kazy, karta, cookies, pastries, fruits, sweets, nuts, and raisins, milk products, such as eezgii, aaruul, and urum.

On the 22nd of March, Kazakh people in Mongolia get up early in the morning and greet the sunrise of a new year, refresh themselves and congratulate everyone they meet.

After that, they sit at the table to celebrate the holiday at home. They congratulate each other, wish each other Nauryz blessings and praise, and give gifts to the elders and children. Greet their parents and give presents.

In the preparation and celebration of Nauryz, women play a significant role, especially in cleaning and decorating the house, making traditional Nauryz dishes, Nauryz Koje, and performing various rituals, dancing and singing, and so on. They involve their children in all the celebrating activities teaching them how to prepare and celebrate a Nauryz.

All people including folklore actors, practitioners in oral traditions, singers, dancers, musicians, storytellers, players of traditional games and sports competitions, and market traders participate in the celebration and practice and transmit the Element. Nauryz by Nauryz they have been becoming more experienced bearers and practitioners.

There were serious obstacles to the normal evolution and transmission of this ICH Element in Mongolia. Ideological campaigns against national cultural heritage worked to interrupt the natural succession of traditional Nauryz celebrations among Kazakh people in Mongolia, and in 1937 the Nauryz celebration was banned. Therefore, the practices of the Element fell into oblivion in successive periods.

Since 1990, Mongolia has opened to the rest of the world and National sentiment and pride have been revived.

The principal method that people use to learn customs and rituals is to imitate other experienced people and to apprentice to skilled bearers and follow them in performing rituals and ceremonies. Therefore, the active joint participation of elderly people, women, children, young adults in Nauryz customs and rituals is a basic way of transmission of the Element. Especially, the participation of children and young adults in preparation for Nauryz celebrations plays an important role in the molding of young people's characters and experiences.

It is significant that during this period are broadly held Nauryz celebrations in schools, kindergartens, and offices. Preschool classes celebrate Nauryz, Az-Nauryz, and Nauryz Koje, and through these celebrations teach children and young people how to celebrate Nauryz, honor ancestors, greet the elderly, cook dishes and play national games. Every year, high school and middle school students make Nauryz Koje in their schools. During this time, a variety of traditional games and competitions are held among the students, which give them a lot of knowledge about the traditions of the Kazakh people and the Nauryz holiday.

Each year before Nauryz the President of Mongolia and members of the Parliament will hold a meeting with representatives of Kazakh communities. Many of them are awarded by President.

The government of Mongolia included the Nauryz celebration in the list of celebrated Days of Mongolia by its Resolution of July 7, 2010.

The Minister of Education, Culture, Science, and Sports of Mongolia approved the National inventory of ICH elements of Mongolia which could be nominated into Representative List of ICH of Humanity in which Nauryz celebration was included under the name “Nauryz”.

Mongolian Government’s Action Plan (2021-2025) and Bayan-Ulgii’s Governor’s Development Plan broadly include many appropriate measures for safeguarding ICH elements among them activities related to Nauryz constitute a priority of their attention. 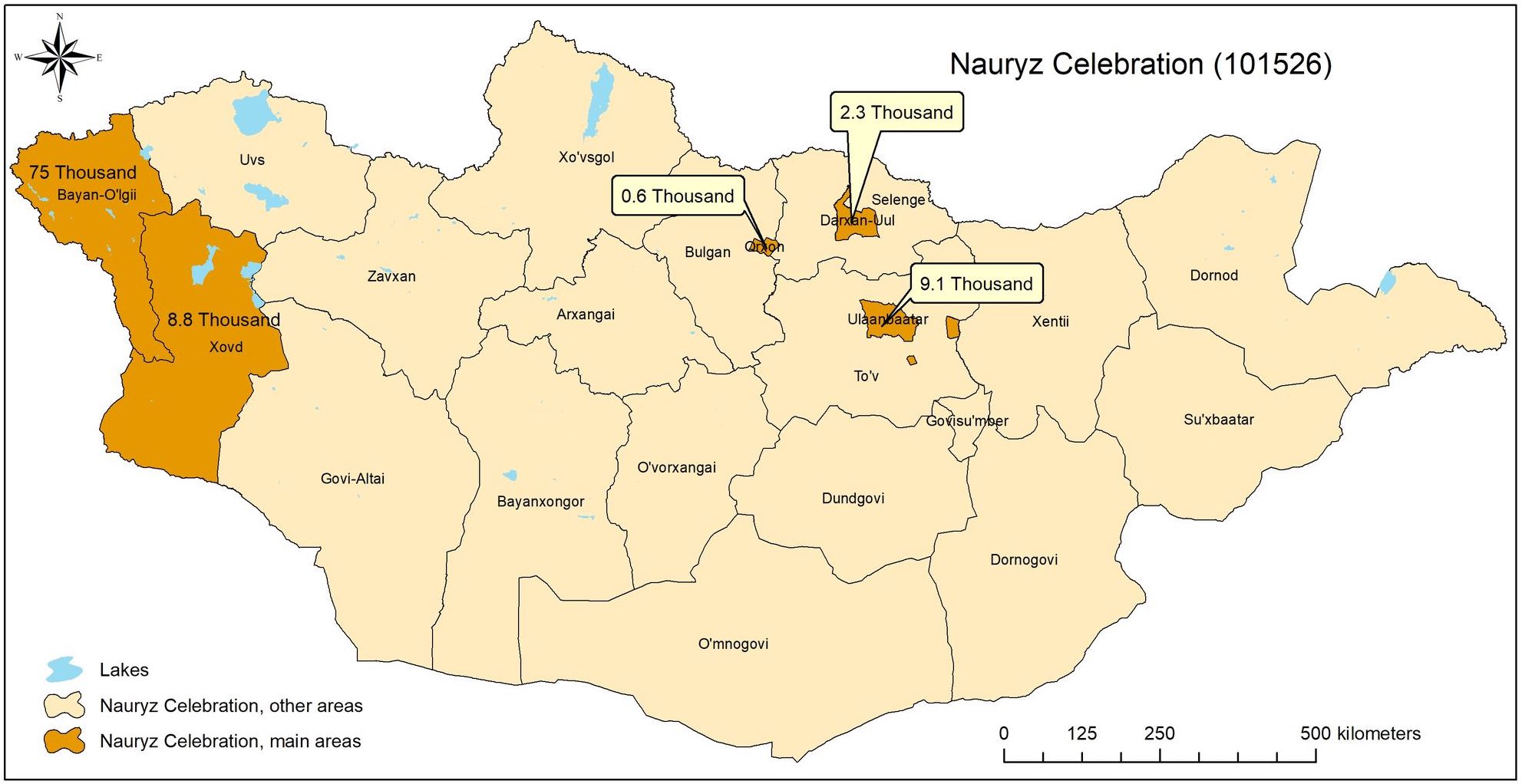 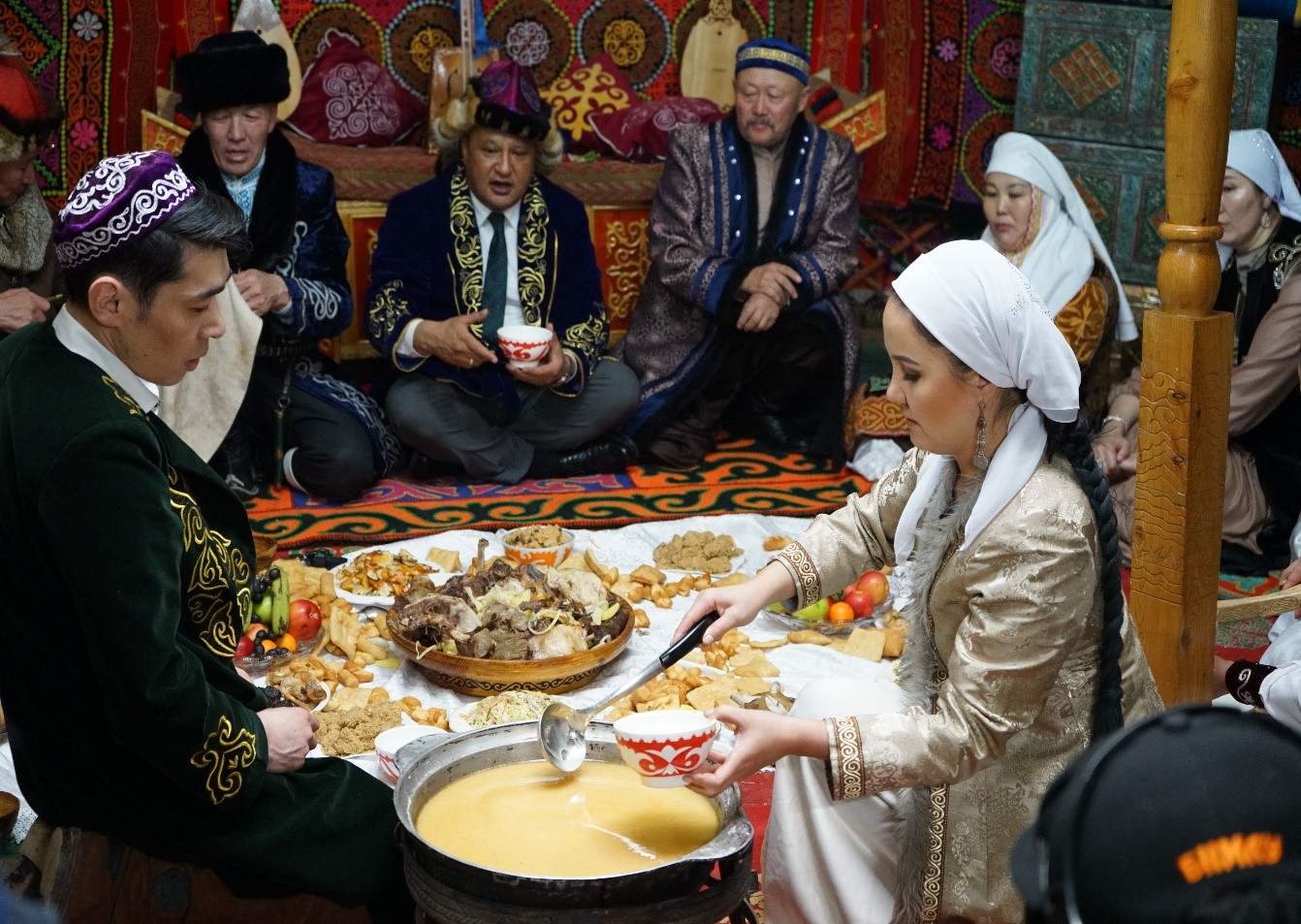 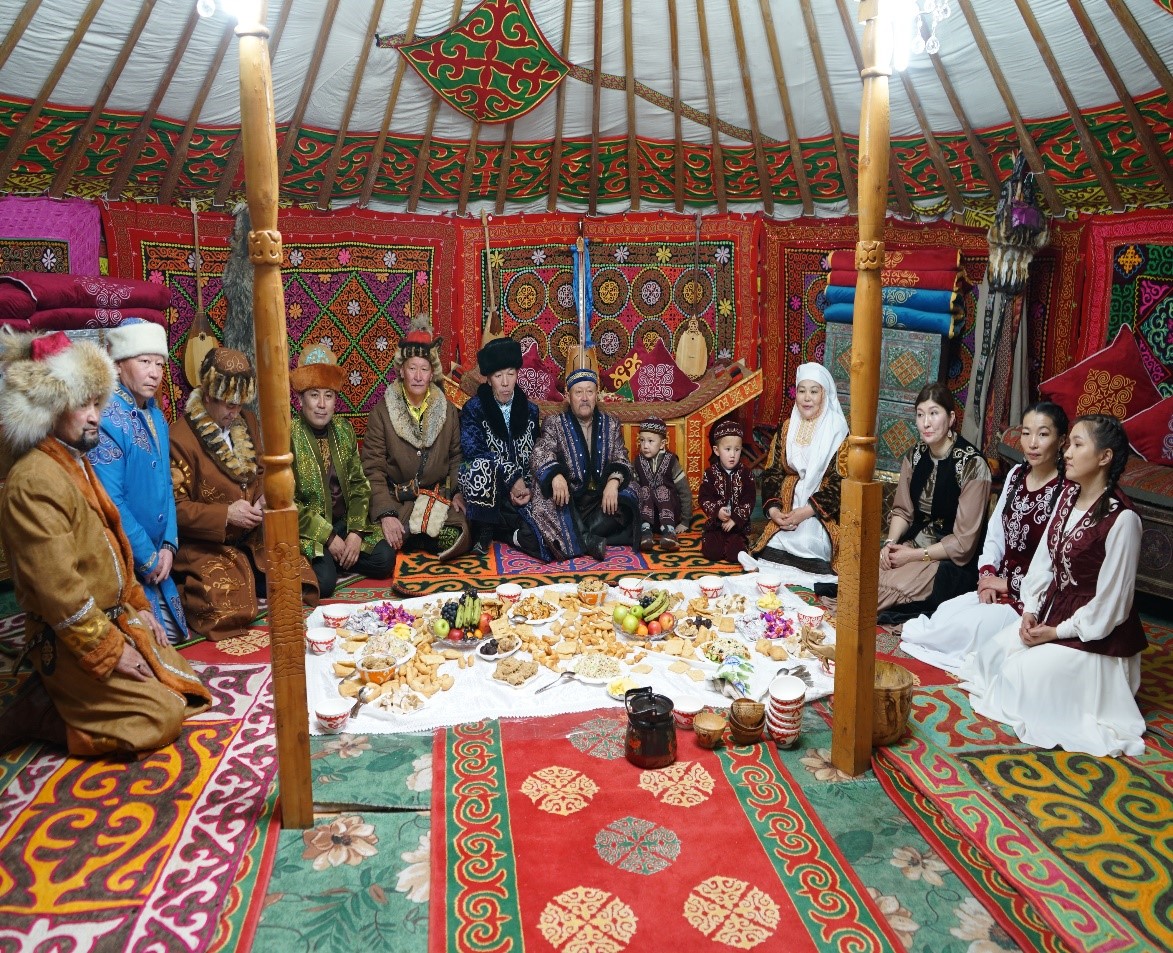 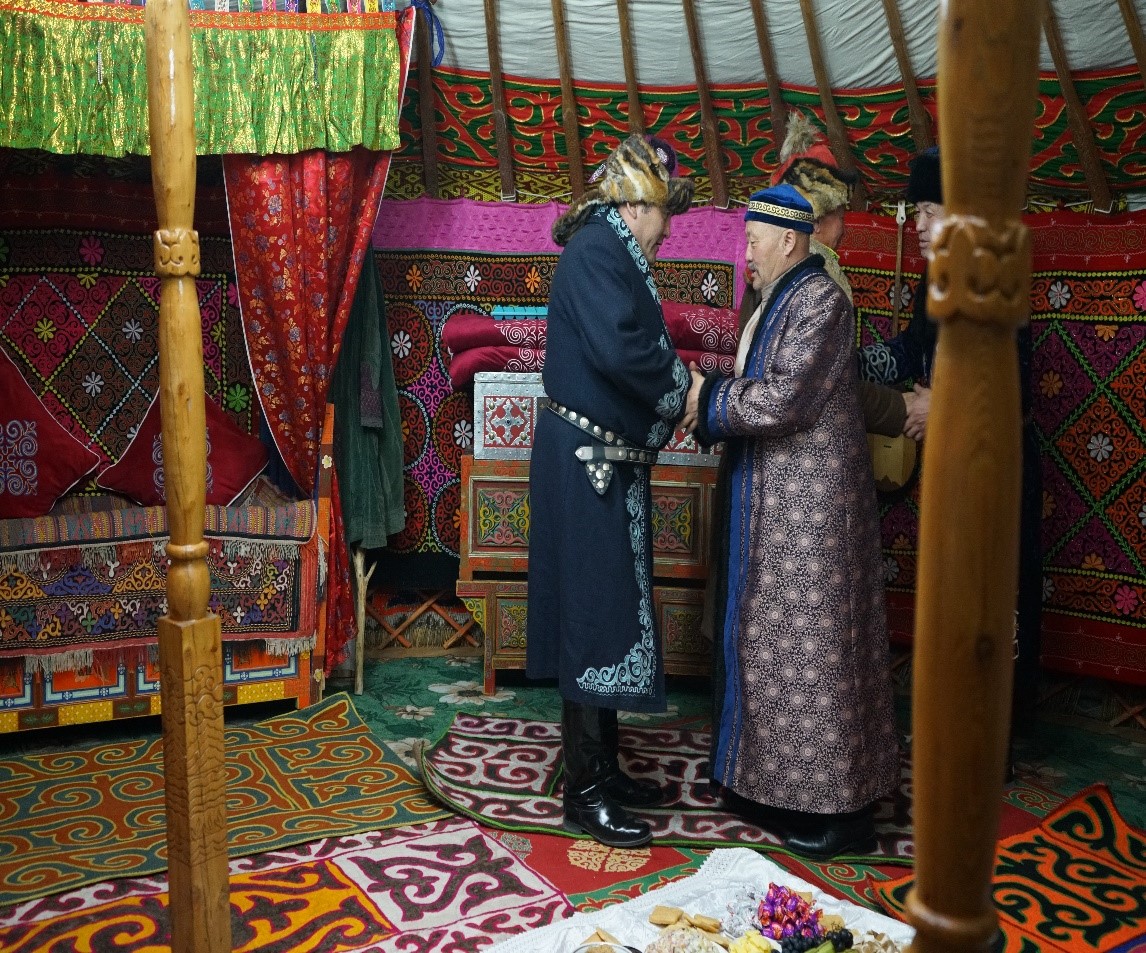 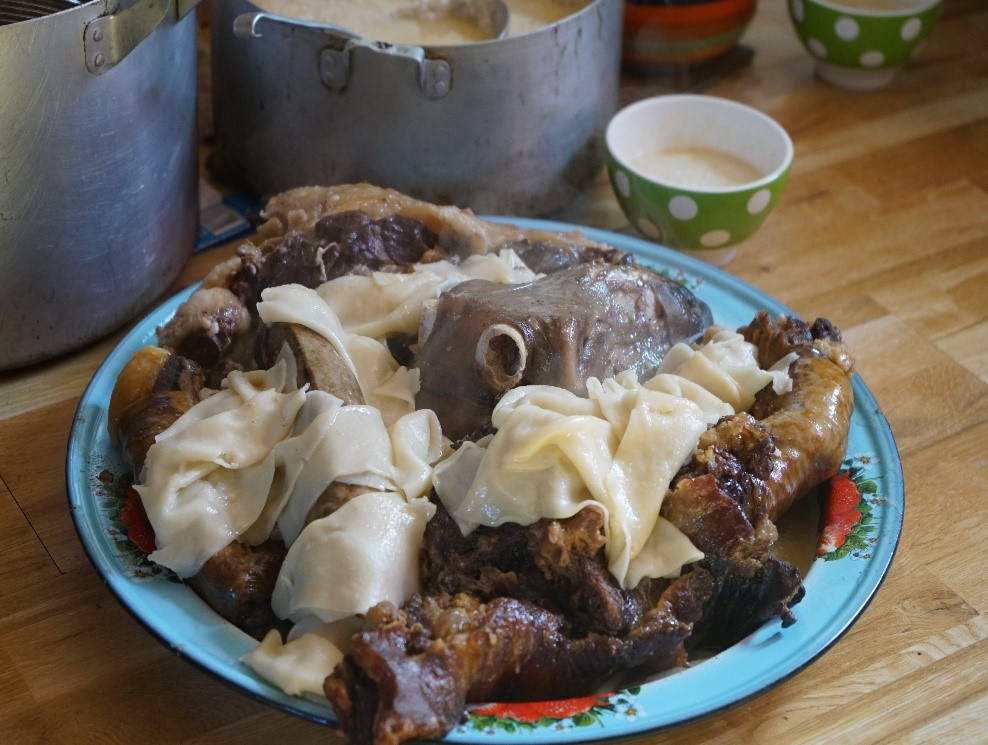 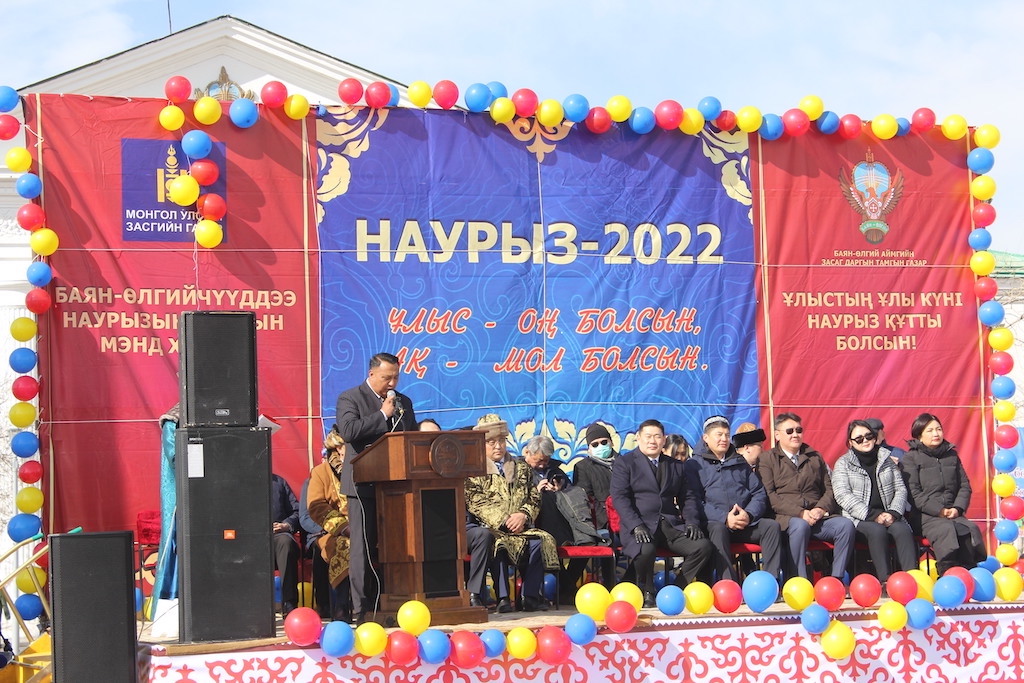 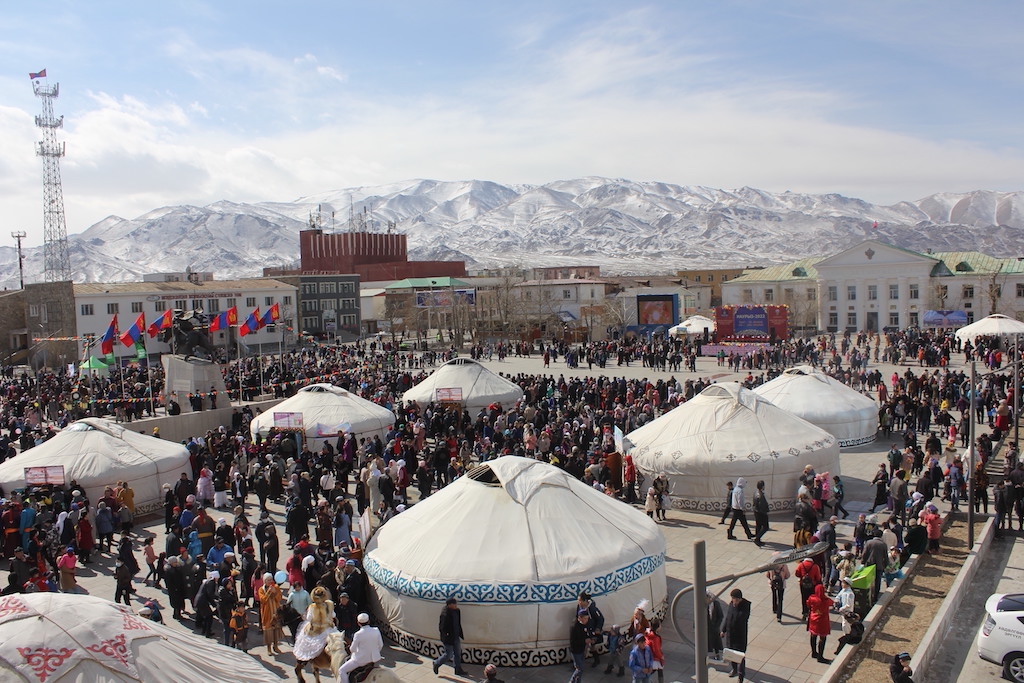